The Sun moves—grudgingly—taking its time as it dims into lightlessness.

The Moon is patient, biting her tongue in excitement.

All day, as The Sun ignites the sky, The Moon is forced to rest. The Stars, angry that they cannot be seen, fuss at The Moon.

“Why does The Sun get 12 hours by itself? Why is it that he doesn’t have to share!” they fuss, balls of gas blowing out in frustration.

The Moon simply shrug’s and ignores her children, telling them to shush and sleep. They obey, close their eyes, and wait—impatiently–for the night to claim the sky, but the next day they are back again.

Centuries pass and together , sun and stars, they watch civilization grow and change, humans evolve and adapt; the Stars simmering in frustration and jealously, convinced The Sun is taking something away from them.

One evening, The Stars bombard The Moon in their rage, and finally, with a patient sigh, she explains.

“In the Winter Months, when the nights grow cold and the sky fills with snow, the night claims the skies and The Sun is forced to rest.

And in the Summer Months, when the wind expands with heat and the clouds fill with rain, the night is at bay and The Moon and Stars get to rest.

The Sun, brighter than us, and larger than us, burns by himself, lighting the earth with his warmth. But the people, as much as they love him, fear him. For in the day, if he burns too bright, he hurts them.

Even the animal’s sleep, waiting until night to awaken, the suns harsh rays forcing humans to run to their man-made air conditioners and doctors for creams to protect themselves.

But when the night calls, they relax. Cool wind pirouettes across their blistered skin, soothing the damage brought by The Sun. The Stars call to them, memories return to them, love blossoms, people eat and dine.

The humans laugh beneath our gaze, they swim, they sing.

As she finishes her tale, The Sun finally dips low, releases its fingers one by one, and disappears over the horizon.

The sky fades to black.

And The Moon glides from clouds dusted with rain.

“All together now,” she sings, her voice, carried by the wind, dancing through tree tops and stirring a breeze.

The Stars awaken, each one twinkling like rain drops. They brighten, stretching themselves so the earth below might see them and make a wish.

The Moon smiles, proud of her children, and urges the waters to flow and the ground to receive it. The oceans obey, moving along the earth and reviving it. The forests come alive, bark darkening, green livening, animals awakening. 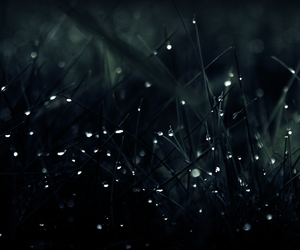 Dew glistens off blades of grass and the air breathes in preparation of a new song.

Understanding dawn’s in The Stars eyes as they watch, for the first time, how the earth responds to their gentle glow.

“Come alive,” they whisper, twinkling brighter, wishing harder themselves, that someone might hear them.

And when the earth has been rejuvenated and the world is born anew, The Moon closes her eyes, The Stars go to sleep, and The Sun rises.