The series of events you are about to read are by no means comical and are all based on actual events.

I was on my way to school this morning, despite the raging storm, because I promised that I would be in class to present my [insert diligently worked on project] and I never break my promises.

Well, halfway to school it began to rain, thick droplets that covered me until I was dripping wet. But still–I trudged on.

On the way to school I have to pass by Farmer Joe’s house, yet today, as I passed by, I noticed that his bull was loose and so, as a logically thinking person, I walked faster. Well, this seemed to anger the bull–as I had decided to wear a red t-shirt today–and he charged towards me, tearing up dirt as he went. 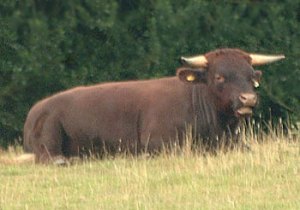 I took off, your [insert diligently worked on project] in hand, as I tried to evade the raging bull and the ever pouring storm, so that I could get to your class on time.

I cut through the forest and continued running, trying to ignore the quickly gaining beast behind me.

I looked back, and when I turned around I realized I was about to run right into a pond . . .

Like I said I make it a point to never break my promises.

I continued forward, thinking the bull would fall into the same pond as me.

Well, he did, only he didn’t turn around; instead he charged full speed ahead. 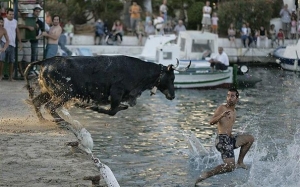 I took off again, darting through the trees–heart racing, blood pounding.

I could see the school ahead of me and let me tell you, never had I been more excited to see a school building in my life. Horns honked, people screamed, and I prayed, silently, that I would:

2.) That I would get to see your smiling face as I presented my [insert diligently worked on project] to the class.

And then, just as I made it to the front door of the building, the storm broke and a tornado touched down, grabbing me up with it.

The next time I awoke I was in a hospital, somewhere off the coast of India.

I never intended these serious of events to happen and I never intended to have my life be tested the way it has. However, while I’ve been in India, recuperating from all my various injuries and broken limbs, I have sent my mother to bring you my [insert diligently worked on project].

Like my Ultimate All-Purpose Excuse? Think you have a better one? Tell me in the comments below!